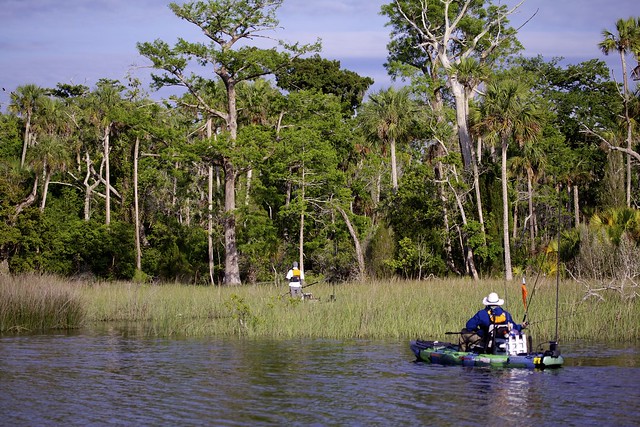 Fishing the grass bed in Florida

Last month the Kayak Fishing show was invited to visit Levy County Florida for some kayak fishing and local hospitality. We were not disappointed in either. We had some tough weather, with wind and rain but when we got on the water it was awesome. Even on the tough days the scenery was well worth getting out for a paddle. 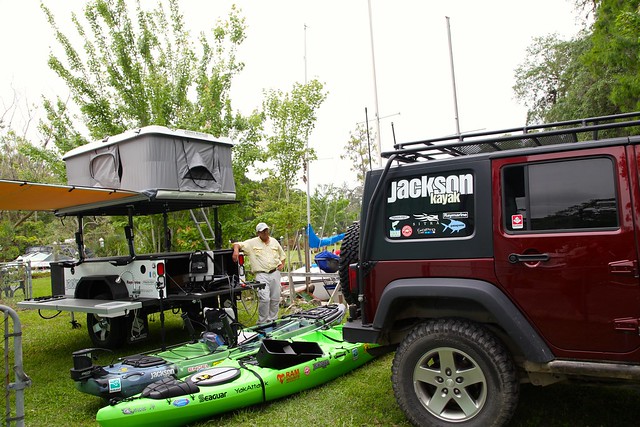 We stayed at a very cool little place called B’s Marina and Campground which was located right on the water. We hooked up with Captain Rick from Osprey Guide service for the week to show us around the area and put us on some fish. 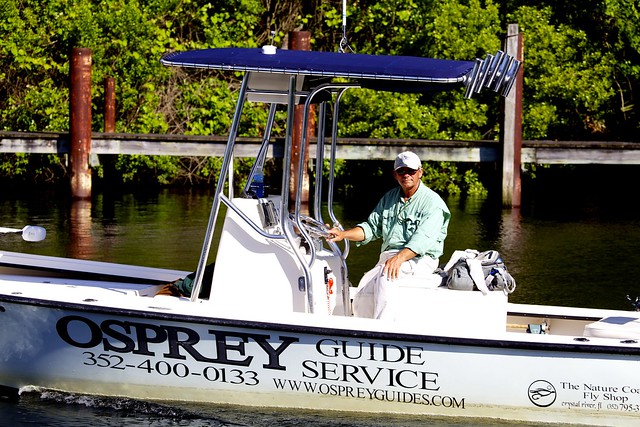 Captain Rick waiting on the kayakers

Damon brought along three kayaks for the trip, a Kilroy for him and a Cuda14 and Big Rig for me. Each of these Jackson kayaks was rigged with the new Power-pole Micro anchor which were just awesome for hold position in the wind. I ended up spending most of my time fishing from the Big Rig because I loved the stability of it and the ability to not only stand up and sight cast to the fish but the fun of fighting a big fish and getting towed around while standing.. 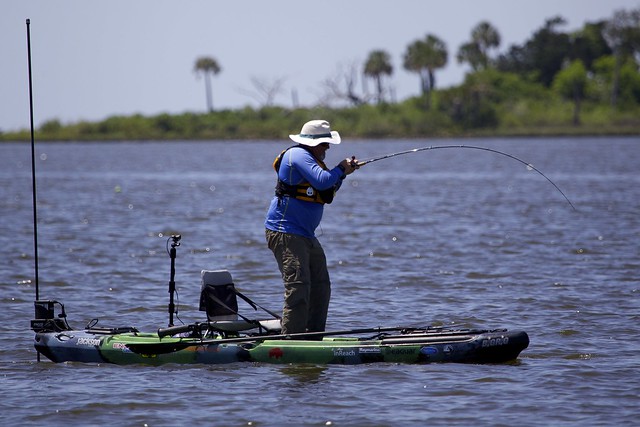 Pulling on a Black Drum, stand up sleigh ride. 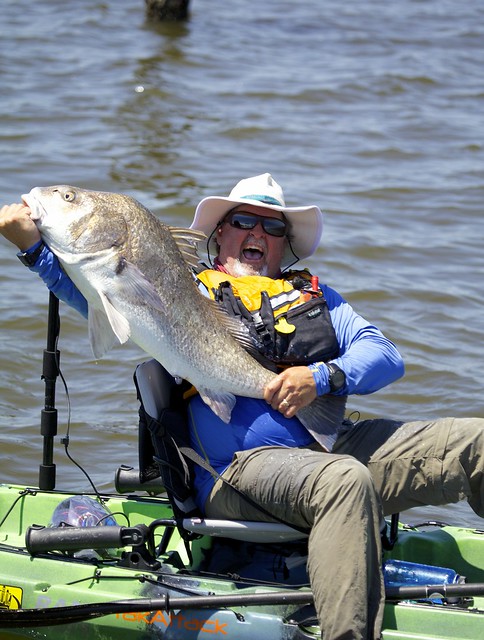 Better sized fish I had to sit to land em 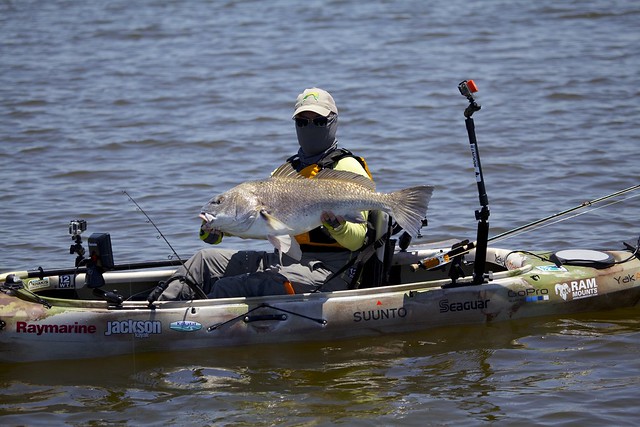 Damon in on the action on the Kilroy

Besides the fun fishing this place was a bird watchers paradise. So many species of birds to be seen in such a cool setting. 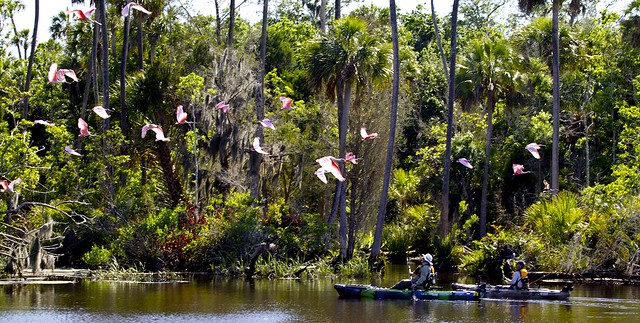 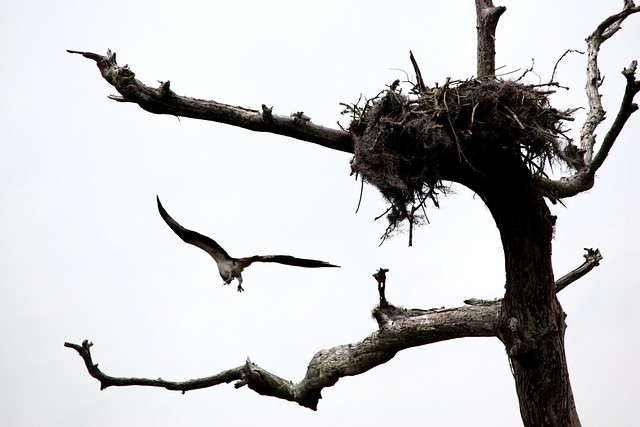 I think every other tree had an Osprey nest 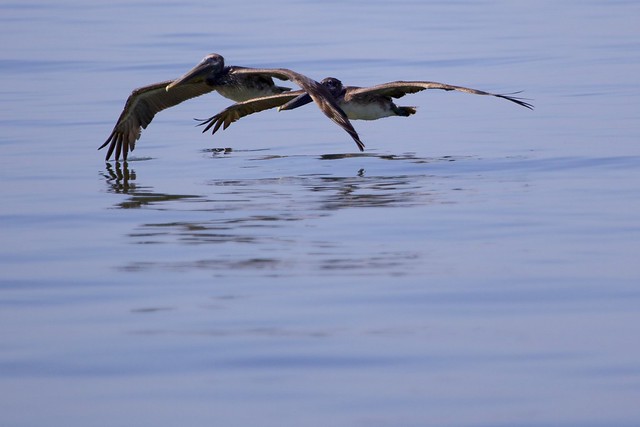 Always cool to get a fly by from some peilicans

Besides the bird life we saw many manatee, turtles and one of the coolest things I have seen, dolphin pushing mullet up against a bank to feed on them. 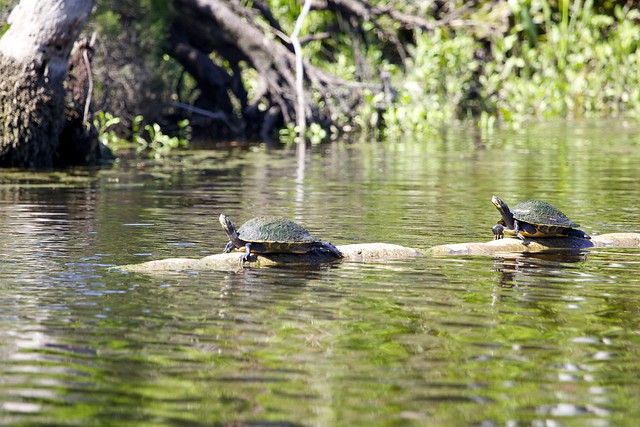 And we caught plenty of fish too. 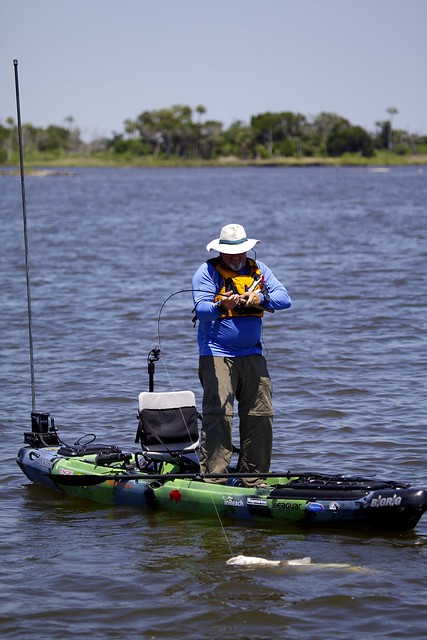 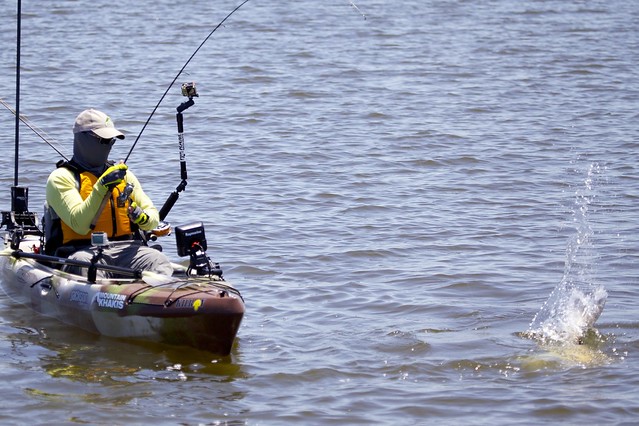 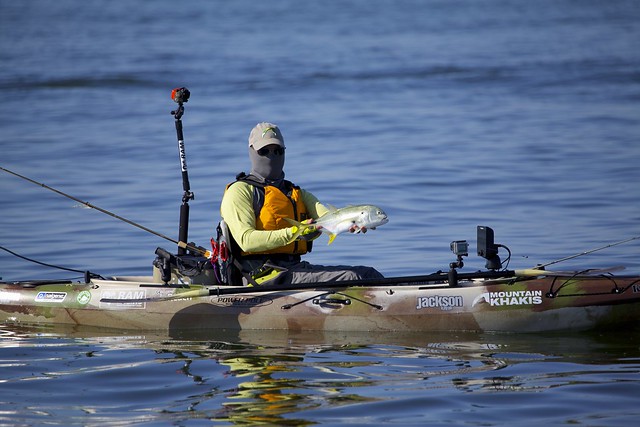 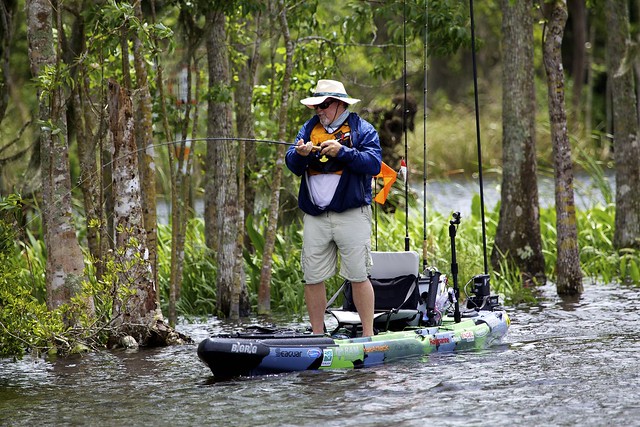 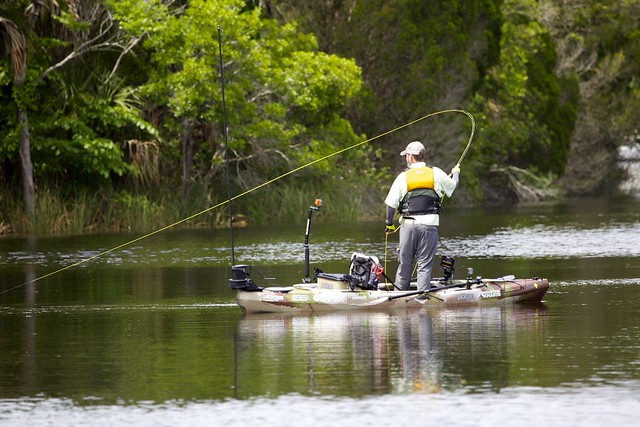 Damon getting em on the fly 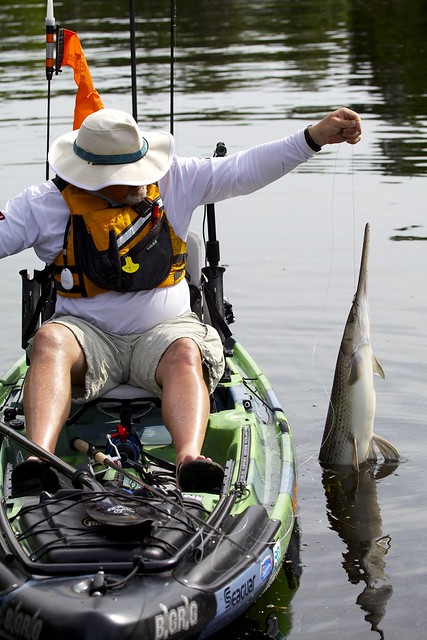 If you like to fish or just want a beautiful place to visit and paddle you should visit Levy County you won’t regret it.
Here is a sneak peak of the show we shot in Yankee town.

Here is a little teaser of our visit to Levy county Florida.